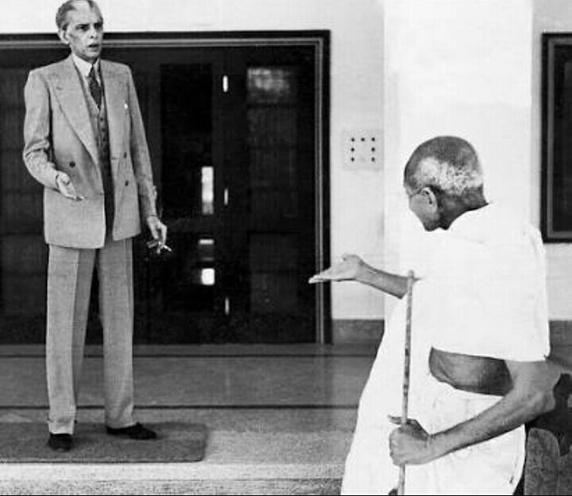 As a student of history I have thought long and hard about Jinnah (after doing my readings of course). I can criticize Jinnah in many ways but most readers would already have heard those criticisms from somewhere else. I can provide only one new criticism of Jinnah which is personal not with respect to Jinnah but with regards to myself.

I am mediocre person, most of the people I know are mediocre people. By mediocre, I mean people not high enough in the “Maslow’s Hierarchy of Needs”. For example, MK Gandhi, according to most psychological and psychoanalytical research occupies the top levels of the Hierarchy of Needs. Anyone who reads about Jinnah and looks at Maslow’s hierarchy of needs will realise straight away that Jinnah would remain only in the middle levels of that hierarchy.

A book called “History of the Freedom Movement of India” was released by the Indira Gandhi led Congress government in the early 1970s. It was divided into several volumes. One of the volumes, which was written by Tara Chand. This volume in a weird way shows the strange world of hypocrisy that Jinnah was thrown into when he openly associated himself with the Congress after the Lucknow session (1916). The interesting part in the volume is regarding the interaction between Mahatma Gandhi and Jinnah. The book makes Gandhi look like some God or a saint beyond any rapprochement while it makes Jinnah look like a wayward child. This I thought was a strange stand to take because the book also shows how members of or people sympathetic to the Hindu Mahasabha inside the Congress were putting up insurmountable barriers infront of Jinnah and how Gandhi had failed to assuage him of his support.

What happens after this- we all know- Jinnah resigned from the Congress, opposed the Karachi resolution, wrote down his 14 points, demanded Pakistan…etc etc.

Just compare what happened to Jinnah with Ambedkar. More high level members of the Congress opposed Ambedkar than they did Jinnah. In fact Gandhi himself was very critical of Ambedkar after the failure of the Round Table Conferences and this became an open confrontation between Gandhi and Ambedkar, culminating in the Poona Pact. Even after independence not only Hindu organisations but also high ranking Congress members opposed Ambedkar when he tried to pass the Hindu Personal Laws in the parliament. The role of Nehru in the resignation of Ambedkar from his ministry just before these laws were passed is also suspect. On a personal level, Nehru when trying to formulate the economic policies for an independent India took the help of a statistician but forgot to even consult a PhD in Economics from the London School of Economics- Ambedkar about it, which must have been quite insulting to Ambedkar.

But did Ambedkar, behave in the same way as Jinnah? Did Ambedkar just throw up his hands and say to his followers that no matter what concessions we got the lower caste Hindus cannot live with the upper caste Hindus anymore and so demanded a separate nation? No Ambedkar didn’t. Even after being put under immense political and personal pressure Ambedkar was able to take a decision which did not enhance difference but reduced them, that did not facilitate violence but tended to the wounds inflicted by years of discrimination.

In conclusion, most of the people in a society are usually mediocre people. So, as a fellow mediocre person I am always quite disturbed to see how another mediocre person (Jinnah) reacted when “big problems” were put in front of him. It always makes me think that only if Jinnah had reacted in a more nuanced manner, seen the big picture and acted accordingly in contrast to how he really acted in history, I would have had the luxury to believe that collective actions will always be good for the society or that truth will always be victorious rather than having a cynical reaction whenever I hear the words- Satyamev Jayate.