Why is the BJP playing politics over the Hindu Bangladeshi Issue in Assam? 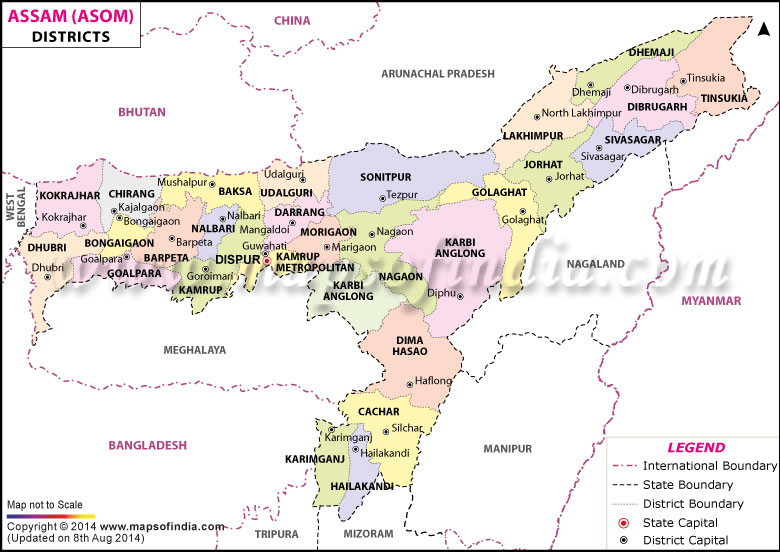 The national media is not covering this news but there is a huge  ongoing political and social unrest in Assam regarding the amending of the National Citizenship Act, 1955. With this amendment the BJP will make it easier for Hindu Bangladeshis who face religious discrimination in Bangladesh to seek refuse in India.

Various local Assamese bodies believe that this would legalise the Bangladeshis already living in Assam illegally and would bring in a flood of new refugees and both of these factors combined would lead to a demographic change where the Assamese speaking population becomes a minority and the Bengali speaking population the majority- just like it happened in Tripura before.

As a result, there has been massive protest, hartals and bandhs in Assam in the last few weeks against the proposed changes to the National Citizenship Act. BJP’s ally in Assam, AGP has publicly opposed the amendment to this act. There also seems to be a difference of opinion between the BJP party and the BJP led government. The former has called for a JPC to be set up to further deliberate this issue but both the state and the central BJP leadership has been non-responsive to this demand.

My feeling  is that most of the people in Assam oppose the changes to the Act because of their fear of the things mentioned in the 2nd paragraph above. These fears and apprehensions could have been easily addressed if the BJP led government had just focused on the truth- i.e. once the Citizenship Act is amended the Hindu Bangladeshi could go and settle anywhere in India and that applies to both the Hindu Bangladeshis currently living illegally in Assam and the ones who might come to India after this new Act is passed.

This situation is in stark contrast to the situation that we currently find ourselves in where if any Bangladeshi belonging to any religion can prove that either he/she or any of their ancestors were born in India before 1971 they could have their family settle only in Assam not anywhere else in the country where the cut off date is 1950. This is why there is a massive concentration of Bangladeshis in Assam and why neighbouring states when they detect illegal Bangladeshis in their territories catch them and dump them in Assam’s borders where most of them become legal citizens.

Further, the BJP government and party in Assam should have told the Central NDA2 government that if they managed to pass this Act, it would most probably be struck down by the Supreme Court of India as unconstitutional and so the entire exercise will become futile. There are two reasons why this act if passed will most probably be declared unconstitutional: the first point is quite obvious- secularism which has been declared as a “basic feature” of the constitution by the Supreme Court makes it legally difficult for the government to legally discriminate between Hindu and Muslim refugees.

The second reason has been made obscure by the media but is equally relevant. The United Nations has recognised that there are close to 2-3 million illegal Bangladeshis in Assam, a problem that has also been recognised by the Supreme Court of India which is why it has asked the previous and the present Assam government to complete the National Registry for Citizen as quickly as possible. Both the governments have been lax in this regards, something which has been also recognised by the Supreme Court. Now in the 5th and 6th schedule of the Indian Constitution there are several articles seeking to protect the delicate ethnic make up of Assam specifically and also other places in general. Now if the National Citizenship Act is amended as the BJP government wants all the articles in these two schedules will be violated which would make this act a top candidate for being declared unconstitutional.

The answer unfortunately is two fold and too simple-

Firstly, there is precedent to this kind of behavior by an Assam government. When the AGP formed the government for the second time in the mid 90s they did not do anything substantial to stop Bangladeshi migration into Assam as they promised instead they facilitated it thinking that the Bangladeshis would see them as their benefactors instead of the Congress party and vote for them in the up coming elections. But it badly backfired and the AGP failed to secure neither their vote nor the votes of their core supporters who were displeased with their stand with the foreigners once they came to power and so the AGP lost the election.

Secondly since the inception of Assam BJP- one group has always stood firmly behind BJP and that is Hindu Bengalis of Assam, so the BJP now has this myopic vision to inflate the numbers of this group further with the new Citizenship Act Amendment.

Unfortunately, the plan is unlikely to work for the BJP for the following reason-

Firstly, there are not that many Hindu Bangladeshis living in Assam to play an important role in elections. Secondly once the Citizenship Act is amended, these Hindu Bangladeshis and new refugees who might come will have the option to live anywhere in India and I highly doubt they will choose a state which has such poor infrastructure and HDI levels as Assam to live in.

Finally, this plan will probably backfire on the BJP as it would anger a vast majority of the people who voted them to power for the first time in Assam and see the BJP as a threat to Assamese culture and society.