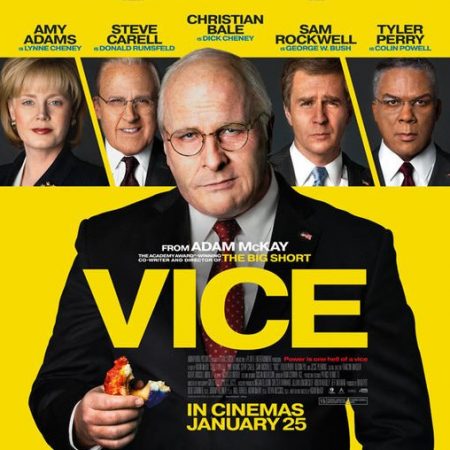 The day before yesterday, a friend of mine and I were discussing existentialism and it reminded me of Ingmar Bergman’s The Seventh Seal which is considered by many to be one of the greatest movies ever made. So, I asked him if he had seen the movie, to which he answered in negative, therefore we decided to watch it. Almost exactly 24 hours later I was in a movie theatre in Southern California, USA watching Adam McKay’s biopic on the former US Vice President Dick Cheney’s life, titled “Vice”. I was watching this movie with three other friends of mine and they were from China, Japan, the US and I am of course an Indian citizen currently living in the US. 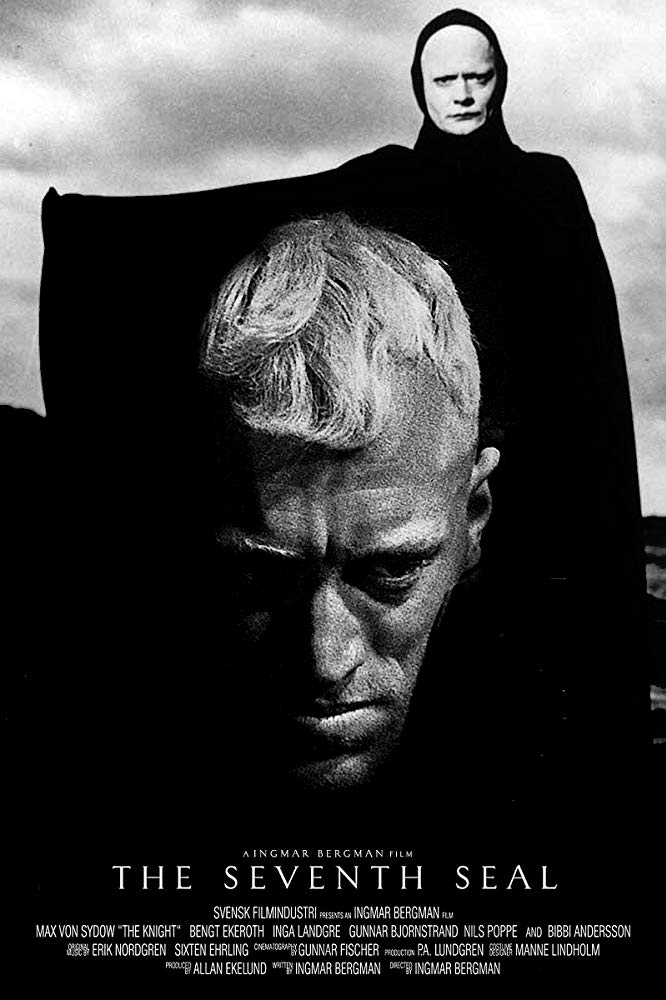 By the end of the viewing, we were all in agreement that VICE (2018) was a terrible movie. As we took a Lyft back from the movie theatre, my friends could only talk about the trailers of other movies which were shown before the screening of Vice. This was the degree of antipathy that we felt towards the movie and symbolised how forgetful it was despite having a stellar cast comprising of people like Christian Bale, Amy Adams, Steve Carell, Sam Rockwell, Tyler Perry, and Alison Pill. Our basic problem with the movie was that it was all over the place because the director did not have a clear aim or a goal of what he wanted to achieve and this made the storytelling a big hot mess. Also all four of us who watched the movie were students of history and we felt that when so much information about Dick Cheney was available in the open media, the filmmakers giving the audience an excuse that insufficient data on Dick Cheney’s life marred their filmmaking process is nothing but laziness which is reflected in other parts of the movie as well. Meanwhile, in the field of history, it would have been almost impossible to go through all the sources on various topics covered by the movie because of the sheer size and scale of these sources that are freely available.

After having some time to think about the dumpster fire mess of a movie that Vice was, I realised the amazing value it had if I compared it with Bergman’s The Seventh Seal and some of his other movies. Both Vice (2018) and The Seventh Seal (1957) deals with periods of immense conflicts, extreme violence and large scale death. But while in The Seventh Seal the antagonist was clearly identified as a pale-faced, black robe wearing personification of death, in Vice it takes some time to realise that the dark suit wearing and slightly overweight Dick Cheney is also the personification of death as people keep getting seriously hurt around him and thousands if not millions die due to his actions. But then the question that emerges is if this is so where is the protagonist in Vice? Here you will have to understand the resolution of Bergman’s The Seventh Seal for which you will need a basic idea about the movie’s premise.

The Seventh Seal starts at the coast of Sweden where we see a knight who is a recent returnee from the crusades. Sweden during this time is also suffering from the Black Death causing immense death and destruction. The knight soon realises that he is being stalked by “death” who has come to take him. But before dying the knight wants to achieve a final resolution in his life in the form of acquiring “knowledge” to understand the fear and suffering that he has seen around him in his short life. So in order to stall death the knight challenges him to a game of chess, with the condition that if he wins the game, death will let him go (i.e. live) and if death wins, then he will surrender himself to the reaper. The knight is allowed to live and go about his regular day to day activities as long as the game of chess continues. The movie reaches its resolution when the protagonist realises that during times of turmoil the darkness can spread very fast and wide, bringing in its wake immense suffering. The key to fighting against this darkness is identifying and trying to preserve the positive aspects of human life, regardless of the cost.

So, restating my previous question, if Cheney was the antagonist of Vice who or what was the protagonist? The answer is quite simple, the audience was the protagonist. The audience still lives with the destruction and influences of the Cheney era and many of the legislative changes brought about under the leadership of Cheney act like chess pieces which are constantly in conflict with the American people who struggle to satisfy the needs of their daily lives. Many a time such struggles might seem pointless because after all no one escapes death. But like the knight, our main goal is to identify the positive aspects of humanity and then to fight for its survival. Here we need to ask a question in conjunction with both the movies. Just like the people that the knight saved from Death’s grasp, the audience of Vice are also not immune from death. So, is it meaningless to try to defend against the spread of the great darkness? Here I think we need to refer to the two of the strongest scenes in Vice. I am referring to the one where the discussion between Dick Cheney and his wife resembles the scene of a Shakespearean tragedy as they try to decide on George Bush’s offer to Cheney to be his running mate. The second scene is when a waiter explains to Cheney and his cronies what all are on offer when limitations on executive powers were removed. These two scenes make it clear that when we are talking about death we must distinguish between the physical and the metaphysical. Death can target only the physical but can do no harm to the metaphysical. This can be explained with the help of a funeral. While the subject of the funeral has been affected by death and has died the object of the funeral which is the ritual concerning remembrance of and tribute to the dead, operate mostly independent of the influence of death. This point directly corresponds to a weakness of the movie which is that the writers and the director seem to have been under the impression that they could carry the whole movie on the back of facts. This decreases the importance of the movie to the level of op-ed pieces one reads, watches hears in the news media. Why those two scenes were so effective is because the current Trump administration has clearly and repeatedly shown that facts can no longer be considered to be duex ex machina of political arguments. So, when hard facts have been devalued, the struggle against darkness takes place in the metaphysical. But it is very clear that the makers of Vice do not understand this and they try to in fact devalue both the scene as a placeholder for events for which there is little or no information. 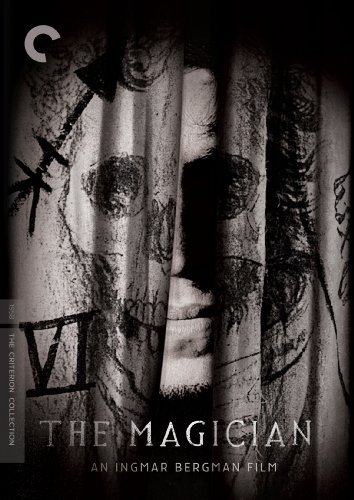 The last few minutes of the Vice reminded me of another Bergman movie called The Magician or The Face in Swedish. While Ingmar Bergman was making that movie, he was under tremendous pressure to make it profitable. Once Bergman had made the movie the producers realised that the movie has a sad ending, which was seen as being bad for business. The producers wanted Bergman to scrap this sad ending and instead go for a happy ending, but he did not want to do that and both parties ultimately reached a different compromise. Bergman got to keep his end product as it was with the sad ending, but the last scene of the movie is not the sad ending but a happy ending which is narratively linked to the story. Something similar must have happened with Vice when the producers thought that the movie was very one-sided and needed to appeal to more people (code for Republican voters) because only that can explain the strange final scenes of the movie. In the last scene of Vice, Dick Cheney justifies his actions during his tenure as the Vice President by breaking the fourth wall and talking directly to the audience! His justifications could be summed up by the ancient Roman phrase- “Inter arma enim silent lēgēs” or laws are silent during wars. Then the credits roll and there is a post credit scene which tries to make a Trumpian point that “both sides” are to blame for the current problems in the US. But unlike Bergman’s The Face, Vice does nothing to justify such an ending and it is impossible to conceive of a narrative thread to tie this ending with the rest of the movie.

Lastly one of my friends with whom I watched the movie remarked how so much of the movie takes place in an office or in an office environment which is why I thought getting Steve Carell to play the most important male supporting role in Vice was quite hilarious (here I am referring to his role in the popular US television series, The Office). So, maybe Vice will be a more enjoyable movie if while watching it people try to imagine what would happen if the characters of The Office ran the US Government. 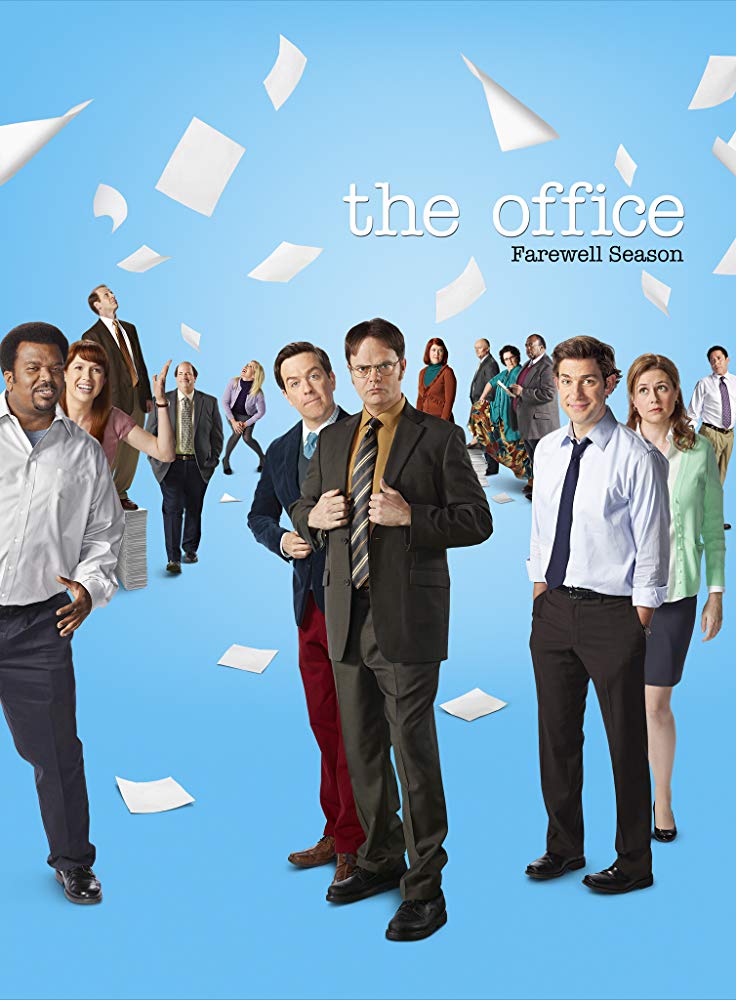 All the pictures used here have been taken from imdb.com