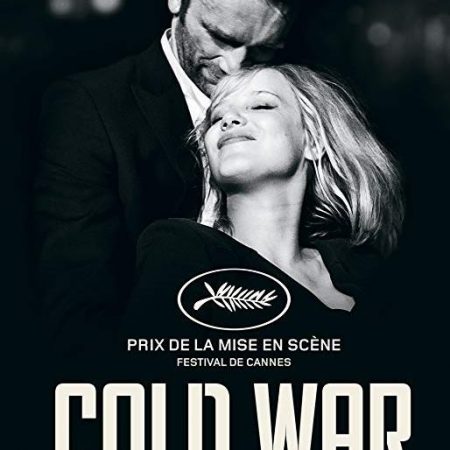 Powlikowski’s Cold War is a warning to students of history like me to do literature reviews carefully. Cold War is a story about a couple of lovers who want to be with one another but are being constantly torn apart by the politics and the culture of the Cold War. So, in “pursuit of happiness” this couple moves from small villages in Poland to Warsaw, from there to Moscow, to East Berlin and they even defect to Paris and then go back to Poland again. The movie ends with them getting married in a “church” and then sitting by the roadside and the wife telling the husband, let us go to the other side, it will be better there. With this Powlikowski immediately falls into the trap opened by the following British movie: Scenes of a Sexual Nature, 2006.

This 2006 movie tells the story of 5 unrelated couples on a beautiful day in Hampstead Heath, London. Hampstead Heath is famous for its open public spaces. The most interesting of these couples is an old couple. A very old man meets a very old woman by accident in a park bench. They start talking and after sometime, they realise they were in an intensely romantic relationship during their youths but due to some accident of faith they completely and utterly lost touch with one another. They talk about their lives and it appears that despite their trauma of separation with one another they have had a happy and contented life. At this point, they decide to get up from the park bench and go “to the other side” of the park for a better view. This is supposed to capture the question that has emerged in both their minds which was – would life have been even better if they stayed together. They reached the other side and immediately realise that the “view” was much worse than what they had in their initial position.

Now, it is perfectly understandable if one reacts to this situation by saying – “that’s life”, sometimes things work out and sometimes it doesn’t. But what Cold War and the story of the old couple tells us is that it is precisely not that, i.e. not “life”, both the couples through their actions and thoughts were trying to “imagine” life. The couple in Cold War is constantly moving to the other side: from one side of the road to the other, from rural to urban centres, from East to West and West to East in search of their elusive happiness. But, the worst thing of their negation of reality and acceptance of an imaginary is that despite their intense love for one another they would often times “go to the other side” alone, for example, the guy would cross the iron curtain from the East to West without the girl, and she in turn would cross the iron curtain from the West to the East without the guy while at the same time being intensely in love with each other. Ask yourself, how many of you could do that? I wouldn’t and I would imagine not many of you would too. This led me first to believe that the protagonists were classical hedonists but I was wrong, hedonists would never accept long term suffering. Then I realised that the only thing that explains their delusionary search for idealism in the movie is the worst thing about a romantic relationship- i.e. narcissism. Of course, romantic love in itself is a very violent thing in the sense that out of all the people in the world you choose someone and say that you are the most important person for my life (Zizek, 2008) but the extreme form of this pathology is narcissism. Yes, I realise that narcissistic romantic love is a paradoxical term like “burning cold” or “bankers’ trust” or “military intelligence” (Rudner, 1989) but it is a real thing which manifests when one party refuses to accept the separate existence of the other party which often manifests in violence. Narcissistic romantic love manifests in Cold War when the guy hits the girl and in return to repent for his actions, he takes a masochistic step and spends 5 years in a labour prison camp where he loses his fingers (he was a pianist by profession).

Actually, a movie which has very little artistic value (apart from the whole VFX thing), Thor Ragnarok, 2017 seem to have found the synthesis that the protagonists of Cold War spend the whole movie searching for. In Thor: Ragnarok, the home of the protagonists i.e Asgard is totally destroyed. But, Thor realises that the materialistic evaluation of Asgard as his home is problematic because as long as he manages to save his friends, family, and people of Asgard he could have a “home” and happiness anywhere in the universe.

None of the images used here belong to me. They have all been taken from imdb.com.